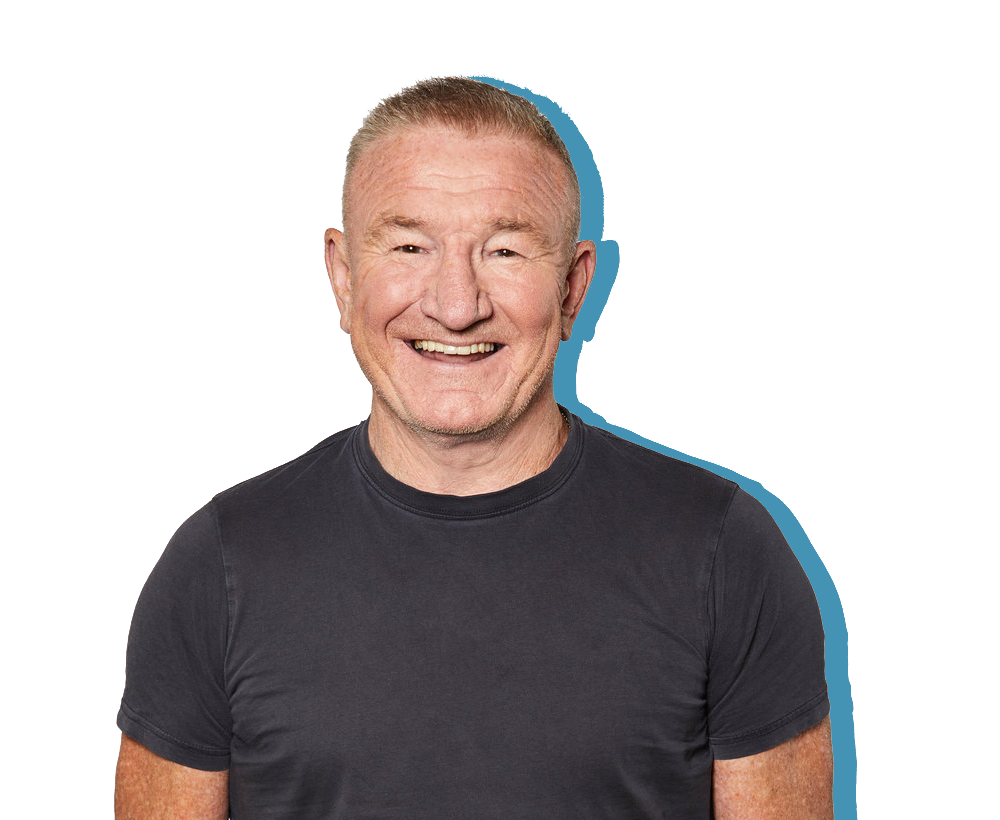 Mike Sweeney is the frontman of the band Salford Jets who were prominent in the 1970s and 80s (and who still play 2 or 3 gigs each year!).

Mike has since moved into music and radio working on Piccadilly Radio before stints at Capital Gold, Rock Radio, Smooth, and he is now the radio voice of several generations as mid-morning presenter at BBC Radio Manchester, where he has grown a substantial audience since joining the station over four years ago.

Mike celebrated his 72nd birthday recently with family and friends at Dobcross Band Club and later at a special football match with Paul Scholes, Andy Burnham, Greater Manchester’s Mayor, and Peter Reid among the stars who lined up at Trafford FC.

Keen footballer Mike said: “I’ve never stopped training since the 80s. I’ve trained every single week, and I still play for the Chadderton All Stars.”

And he declared: “I think the way I feel now I’d like to be broadcasting certainly another five or 10 years. I am having the time of my life.

“When I was at Piccadilly Radio years back it was like being a pop star, but really, looking at what I do now, this is the most exciting part of my career.

“These last four years at the BBC I’ve moved from being a disc jockey to a broadcaster.”

He added: “I’ve been in bands since the summer of ‘65 so that’s over 52 years, and in every single year I’ve been in entertainment.”

When asked to describe his distinctive voice, he said: ”Maybe it’s more like the sound of treacle being poured, or something…I don’t know!

“But people just find it apparently really pleasant to listen to and trustworthy. It’s that whole northern thing, isn’t it? We are often seen as being straightforward and honest.

“People trust me I suppose, initially because how I sound.